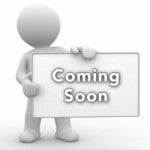 Leigh T. Graham, PhD, is the Scientific Lead, Cities Challenge for the Delivery Decisions Initiative and a Visiting Scientist at Harvard T.H. Chan School of Public Health. She is leading a new effort to develop cities as platforms for maternal and family well-being, bringing together best practices in evidence-based policy design and evaluation from urban planning and public health.

Leigh is an expert on racial and socioeconomic inequities in urban policymaking and planning, focusing on building community resilience in U.S. cities grappling with wealth inequality, extreme events, and climate change. Leigh has worked primarily with Black/African-American and immigrant communities for two decades as a scholar and practitioner, particularly public housing residents and allied organizations in the U.S. Gulf Coast after Hurricane Katrina, on the Rockaway peninsula in New York City after Superstorm Sandy, and in Boston during the Great Recession. Her scholarship and writing has appeared in peer-reviewed planning and development journals as well as local and national media.

Prior to joining Ariadne Labs, Leigh was an Assistant Professor in the Department of Public Management at John Jay College of Criminal Justice, and in the PhD program in Environmental Psychology at The Graduate Center, both at the City University of New York. At John Jay, she was the Faculty Partner to the Tow Policy Advocacy Fellowship at the Prisoner Reentry Institute, where she advised and trained graduate students on the practice of policy advocacy and leadership for social change, overseeing their placement in non-profit advocacy organizations around New York City. She conducted research and co-published with Fellows to drive criminal justice policy reforms at the city and state level in New York and in the U.S. South. Leigh has been a consultant to foundations, non-profits and the public sector on disaster recovery, urban community resilience and equitable development.

Leigh has a PhD in urban studies and planning from the Massachusetts Institute of Technology, an MBA from New York University’s Leonard N. Stern School of Business, and a BA in Sociology from Brandeis University.