Bitton’s clinical area of expertise and innovation is in the area of team-based primary care for patients with complex psychosocial and clinical needs. The opportunity to serve these patients by creating a new, team-based primary care practice built from the ground up in 2010 has deeply informed his work on a local, national, and global level. He practices adult general internal medicine and serves as the assistant medical director at the Brigham and Women’s Advanced Primary Care Associates, South Huntington, an innovative, patient-centered medical home in Jamaica Plain, MA. The practice is a model of integrated behavioral health, risk-stratified care management, community health worker navigation, pharmacist-led chronic disease management, and co-localized specialist integration with psychiatry and geriatrics.

The practice was featured in the Annals of Family Medicine as one of the top 23 primary care practices in the U.S. The practice was also the recipient of the Society of General Internal Medicine Annual Quality and Practice Innovation Award in 2014.

Formerly the director of the Ariadne Labs Primary Health Care Program, Bitton is a leader of the Primary Health Care Performance Initiative, launched in 2015 at the United Nations. This joint effort, with the Bill & Melinda Gates Foundation, World Health Organization (WHO), the World Bank, and Ariadne Labs aims to measure primary care country performance in a holistic way within low- and middle-income countries to tailor improvement and financing initiatives. In October 2018, the primary health care team launched at a major WHO Global Primary Health Care Conference in Astana, Kazakhstan, 12 country-level dashboards on primary health care performance, called the “Vital Signs Profiles,” with 12 health ministers and the WHO’s Director-General. Bitton also has collaborated with international health leaders to build novel health system innovations in Estonia, China, and Ghana.

Under Bitton’s leadership, the primary health care team fielded and is currently analyzing one of the first nationwide surveys of patient experience and facility function around primary health care in West Africa with the Gates Foundation and Johns Hopkins University. With the Estonian Health Insurance Fund, they have developed and are pilot testing a novel risk-stratified care management intervention to target patients with severe cardiac, pulmonary, and mental health conditions. The team was awarded a grant by the Gates Foundation to lead a transnational learning collaborative around building more integrated health systems through the Joint Learning Network of 33 countries.

Nationally, Bitton has served as a senior advisor to the Center for Medicare and Medicaid Innovation since 2012, working on the Comprehensive Primary Care Initiative, a national demonstration project of payment-supported primary care practice redesign. Bitton has focused his efforts there on the practice transformation and care delivery redesign component of the initiative, including annual milestones and metrics for achievable success. The initiative has expanded to now include 18 regions, more than 50 payers, more than 3,000 practices, more than 13,000 clinicians, and nearly 15 million total patients in what is known as Comprehensive Primary Care Plus. It is the largest primary care multi-payer initiative in the country.

The author of more than 100 peer-reviewed journal articles, Bitton has led research on both disease-specific public health research efforts, as well as primary care measurement and improvement. His early research centered first on the study of low-cost interventions to stem the growing tide of chronic non-communicable diseases, with a focus on diabetes and obesity in the Pacific Islands, as well as on international tobacco control policies and tobacco industry tactics. This tobacco industry work resulted in publications that helped to pass major EU tobacco control legislation and uncover scientific misconduct in cancer biology journals. He then conducted research on the implementation of global tobacco control treaty protocols with a specific focus on the uptake of clinical smoking cessation interventions.

Bitton serves on the faculty at Harvard Medical School and Brigham and Women’s Hospital. He supervises residents from the Brigham and Women’s internal medicine primary care program, and mentors general medicine fellows on their research. He holds a bachelor’s degree in health and society from Brown University, an M.D. from the University of California San Francisco School of Medicine, and a master’s degree in public health from Harvard T.H. Chan School of Public Health. A resident of Brookline, MA, Bitton is married with two daughters.

Dr. Asaf Bitton in the New York Times on how the Delta variant is changing advice for the vaccinated.

Asaf Bitton and Eric Tucker on the growing divide between high- and low-vaccination areas in the US, and how schools can bridge that gap. 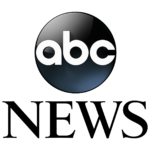 NEWS - Perspectives
ABC News: How to prepare for the coming wave of COVID child vaccinations 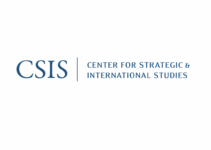 Dr. Asaf Bitton joins CommonHealth to discuss how Thanksgiving will look different during the COVID-19 pandemic.

Social Distancing: This is Not a Snow Day

March 13, 2020 (Updated March 17, 2020)Download a printable PDF version of this article here.  I know there is some confusion about what to do next in the midst of this unprecedented time of a pandemic, school closures, and widespread social disruption.  As a primary care physician and public health leader, I have been asked… END_OF_DOCUMENT_TOKEN_TO_BE_REPLACED